Ayurveda in Nepal and The Three Doshas

Ayurveda in Nepal is an ancient science of life. It is also known as the natural healing system of Nepal. Ayurveda was originated as part of Vedic Science in Hindi Culture in Nepal which is an integral science of spirituality that helps us to understand the entire universe Physical as well as subtle level. Now in the modern world, Nepal is also seemed influenced by allopathy and modern medicine but still in some villages of Nepal where modern medicine is accessible we still find the natural method of healing and caring for the human body. Ayurveda is a huge and very deep practice in Nepal it explains a lot about eating habits, food types, nature, the human body types and energies. It is related to Yoga and Meditation. Nepal is known and the land of Yoga, Ayurveda, and Natural resources. In our Yoga Studios in Nepal, we offer different workshops on Yoga and Ayurveda which are open to all interested

The Three Doshas in Ayurveda in Nepal

Ayurveda has devoted the human body to three different categories which are also known as the three Doshas Vata, Pitta, and Kapha.

Vata is considered as the wind which is the motivating force behind Pitta and Kapha doshas. It is also known as air humor. Vata is dry, rough, cold in qualities

Pitta is fire humor biologically which is also known as bile. Pitta is hot, a little oily, sharp, light, mobile in qualities. 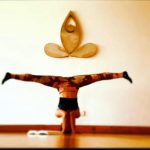 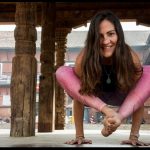 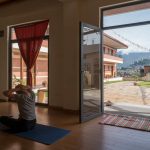